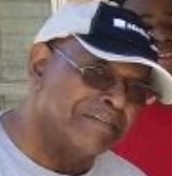 Robert Johnson, Sr. was born on October 31, 1949 in Fairfield County.  He was the son of the late Willie Mae Johnson McCants and John Martin Trezevant, III.  He departed his life on March 25, 2021.

He was educated in the public school system of Fairfield County.  Mr. Johnson resided in Washington, DC for many years and worked for the DC Van Line Moving & Storage Company as a truck driver from which he retired after many years of services.  Upon retirement, he moved back to Winnsboro, SC to be near his mother.

He was united in holy matrimony to the late, Mary Johnson.  He was preceded in death by his mother Willie Mae Johnson McCants and a sister, Roxie Ann Trezevant.

A service summary is not available

Rest In Peace Billy. We love you and will miss you

Deepest sympathy to the family.

A Memorial Tree was ordered in memory of Mr. Robert "Billy" Johnson Sr. by Justine T. Jennings .  Plant a Tree